Our company specializes in the integrated design of new buildings for various purposes, from private housing, public buildings to industrial facilities, reconstruction and restoration of monuments, urban planning, interior design, production and installation of turnkey interiors.

For 20 years, over 500 projects have been implemented not only in Odessa, but also outside Ukraine. The success of our work has been numerous awards and prizes, and most importantly, thanks to customers and partners. 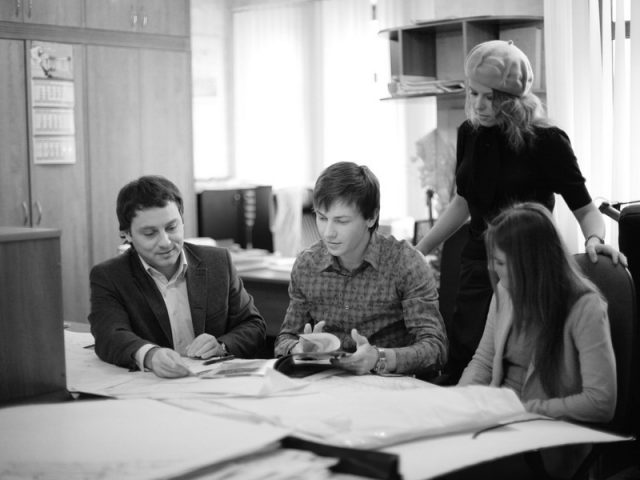 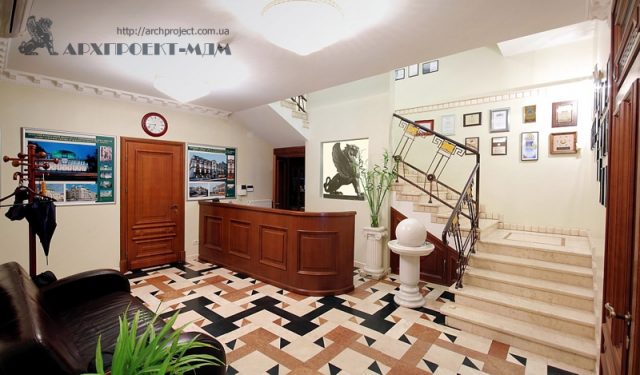 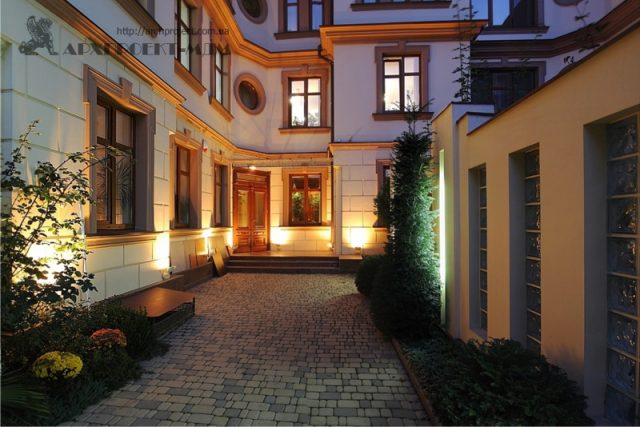 To be the best in what they do, to develop a socially responsible business, to improve in the field of architecture and design.

Create and organize space according to the client’s wishes, interact harmoniously with the environment and anticipate the optimal functioning of objects.

We respect history, the main capital of our company is our team, the best reward is the gratitude and joy of our customers.

The company “Archproject-MDM” was founded in Odessa in 1995 by an experienced architect Mikhail Grikorievich Povstanyuk. Graduated with honors from the Faculty of Architecture of the Odessa Civil Engineering Institute, Mikhail Grigorievich from 1971 worked as an architect, team leader, chief architect and head of the design bureau, from 1974 to 1977 he was at work in Mongolia, where he worked as the chief architect of the design institute. Since 1997, Mikhail Povstanyuk has been the head of the Archproject-MDM firm, which is based on members of one family: a father and two sons – Dmitry and Mikhail. The sons graduated with honors from the Odessa State Academy of Street Engineering and Architecture and since 1992 have worked as architects and leading architects of design bureaus, and since 2000 have been directors of the creative workshops “Archproject-MDM”. Mikhail and Dmitry were awarded first-degree diplomas at the VI review-competition of diploma projects of architectural schools of Ukraine for 1997 and the Prizes of Giacomo Barocchio da Vignoli for the best scientific substantiation of an architectural solution for 1997. The firm was awarded a number of diplomas and certificates, including: certificates of the Odessa Regional Administration, the Executive Committee of the Odessa City Council, the Odessa Regional Organization of the Union of Architects of Ukraine, the State Committee of Ukraine for Construction and Architecture, the DENKMAL 2000 diploma “European Exhibition for the Preservation of Monuments and Urban Renewal” (St. Leipzig, Germany, 25.10-28.10 2000). For the dynamics of the company’s growth in its industry in October 2006 in Kiev, Archproject-MDM was awarded the diploma “The Best Enterprises of Europe” (the best enterprises in Europe). According to the results of the National Ratings of Ukraine 2007, the company was awarded by the Ukrainian Academy of Architecture and the Academy of Construction of Ukraine the medal “Leader of the architectural and construction complex of Ukraine” in the nomination “Laureate of the National Program” Golden Capital “, Kiev, 2007, for a significant contribution to the development of the industry awarded with a diploma in the nomination “Leader of the national rating program” Leaders of Ukraine “, Kiev, 2008. In 2012, she was awarded the title” Industry Leader 2012 “by the Union of National Business Ratings. Among the most famous architectural projects: the facade and interior of the Arab cultural center, the Shah Palace – restoration, residential buildings in Sabansky lane, the building of the restaurant “Red Lobster” on the street. Marazlievskaya, reconstruction and restoration of the hotel “Bolshaya Moskovskaya”, “Mozart”, “Continental”, reconstruction of the quarter “New Privoz”, cottage settlements “Oasis” and “Royal Gardens” on French Boulevard, residential complexes “Marine Symphony”, “French” … Since 2011, Archproject-MDM has been present on the international market: a representative office of the company has been opened in Shanghai, China. New directions focus on interior design, production of ready-made interior solutions and production of prefabricated houses. For several years, projects have been implemented for “smart apartments”, boutiques, offices and an amusement park with rafting and a hotel. At the moment, work is underway on the construction and production of villas in Thailand.

Architecture is closely related to technology. Development in one area is automatically reflected in another. New building materials and engineering innovations change the functional and aesthetic characteristics of buildings. More attention is paid to the timing of construction, because this is directly related to the issues of profit and payback. Climate change and resource costs are forcing more careful thinking and calculating projects in terms of sustainable development, respect for the planet and social justice.
One of our new directions is the production of finished interiors. The representative office of the company in Shanghai, “A-MDM”, has developed a concept and about twenty ready-made interior solutions that significantly save time, resources and costs for construction and repair work. All parts, assemblies and interior elements are manufactured at the factory and delivered ready-made to the premises, where they are very quickly and easily assembled by a small number of employees. More details can be found on the website of our representative office A-MDM
Another new direction is the production of prefabricated houses. This is a very effective way of building, especially for the hotel business, small country houses.

We have been working for over 20 years in the field of architecture and have tremendous experience in various types of work: design, reconstruction, restoration, urban planning, design

Our architectural studio is a strong team of professionals, family values ​​are very important to us

When designing private housing, we are focused primarily on comfortable and beautiful houses, organizing space according to the life preferences and worldview of our clients.

In the portfolio of our architectural bureau projects from various business areas, we design objects based on the needs and specifics of each specific field of activity, and organize the operation of buildings for the most profitable use.

We prefer an integrated approach to design, organizing internal and external space, taking into account the influence of infrastructure, traffic flows and anticipating their further development

We offer our clients a wide range of services: from design to implementation of finished projects, we carry out project approval and field supervision.

We continue to develop, discover new areas of activity and improve in the profession, mastering new knowledge and directions in architecture and design 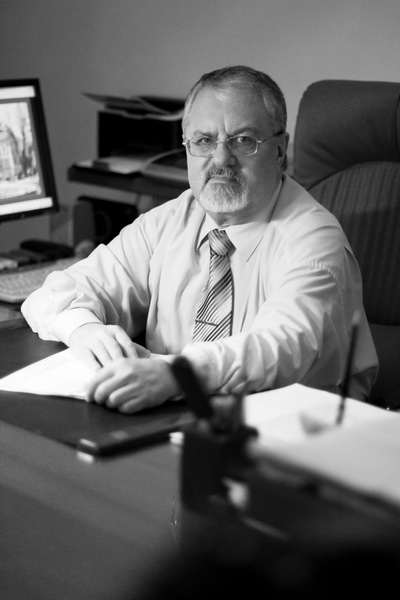 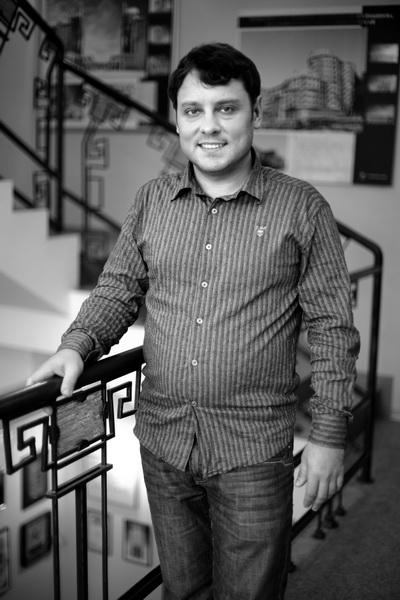 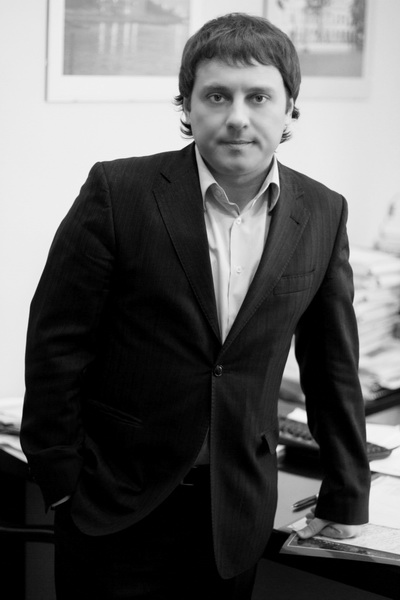 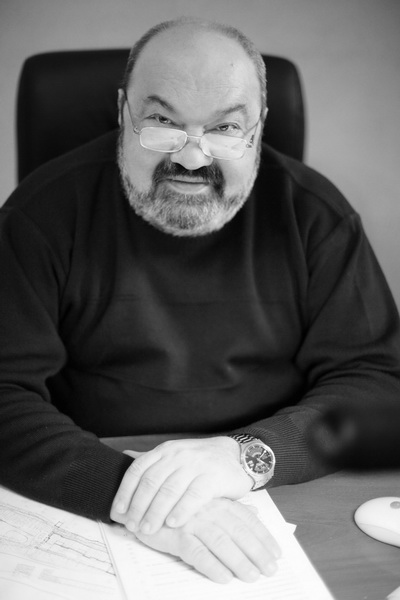 Architect, since 1998 he has been working as the head of the creative workshop of the firm “Archproject-MDM”